Madagascar has been described as the eighth continent of the world and I am not going to argue with that. It is vast and varied. So here’s my Top 10 list of Madagascar attractions…

If you cast your mind back to ancient times and your school geography classes, you may remember about tectonic plates? Gondwanaland was that vast land mass which broke up into Africa, India and…. Madagascar, now the world’s fourth largest island. Since that time –  65 million years ago –  Madagascar’s wildlife and flora has continued on its isolated evolution. It has adapted to its specific circumstances so that it has become a veritable treasure trove for nature lovers.

The complete absence of large predators and large herbivores found in Africa, such as lions and elephants, has led to important adaptations. Madagascar’s wildlife and flora has exploded in number and variety, offering you truly unique wildlife encounters.

The first thing that seems to come to mind when you think of Madagascar’s attractions, is lemurs. Especially the popular animated film hit our screens some years back. And rightly so as Madagascar has 103 distinct types of lemurs from the largest, Indri Indri. And to the smallest, the the tiny mouse lemurs that can nestle in an egg cup.

Lemurs are a form of early primate called prosimians (literally before monkeys’). With the separation from Africa, the lemurs luckily found themselves marooned on the remote island of Madagascar. On the mainland monkeys rapidly became ascendant (being faster, more dexterous and more sharp-eyed). Indeed it is Madagascar’s lack of monkeys which has led to the natural prevalence of lemurs with their wonderful climbing and jumping agility.

The lemurs however, are not alone in being unique to Madagascar. The list of endemic species – those found naturally nowhere else on earth – seems endless. Madagascar is home to 70% of the world’s chameleon species, 240 of its reptile species are endemic, and they have a mere 150 species of frogs! You may see impressive reptiles like the Malagasy Tree Boa. Or a vibrantly coloured chameleons such as the two foot long Parson’s Chameleon which is the largest of its kind. You might also see the giraffe-necked weevil or the golden mantilla frog.

After losing the evolutionary competition against the aforementioned larger predators and herbivores, Madagascar has been described as a museum with living fossils. Because much of its wildlife resembles long-lost species on the African mainland.

Being an undiscovered destination for tourism, the coral reefs around Madagascar have not suffered the degradation that has befallen so many other tropical islands.

If you are a keen diver or snorkeler, Madagascar offers some world-class diving opportunities, especially on the smaller islands off Nosy Be, as well as Ile Sainte Marie on the East Coast and, to a lesser extent, islands off the South West coast.

The best diving is found north of Nosy Be on the Radama or Mitsio archipelagos. These can be accessed from Nosy Be, but ideally you would charter a yacht in order to spend some time close to the best dive sites. You may also see humpback whales from the dive boats.

The reefs are home to indo-pacific fish species such as clown fish, angel fish, trigger fish, surgeon fish and groupers. A special highlight is being able to swim with the turtles in some areas.

This may be an unexpected one. But if you are someone who likes to enjoy nature on foot and not from the confines of a game vehicle or rental car, then Madagascar is perfect for you.
Given the terrain in Madagascar’s rainforests and reserves, looking for lemurs and other wildlife always involves a fair bit of walking. The steep terrain and many streams and rivers means that it is not practical to put in roads in many parks so they are explored by means of a network of trails.

In addition to walking in the rainforest parks, there are a number of other national parks and reserves which are best appreciated on foot such as Isalo and Ankarana National Parks. Walks here can range from a 1-2 hour walk up to a serious full day hike.

In the Southern Highlands, you have several villages which offer home stays. Many of which are in prime walking country and your local hosts can take you on walks in the surrounding country. You can visit local artisans making rope, weaving, pottery-making and farming. Finally there are some stunning mountainous areas in the Southern Highlands. They can provide 2-3 days of great mountain hiking, albeit staying in very modest accommodation.

There are some pristine areas of rainforest such as the Masoala Peninsula. The rain-forests are difficult to access – so my ideal spots mention areas that can be easily incorporated into a 2 or 3 week trip.

Madagascar has been profoundly influenced by its position on the African-Asian trade routes of the 15th to 17th century. The people are a dynamic mix of African, Arab and Indian origin and share a warm friendly disposition.

Any visitor keen to experience the real Madagascar will enjoy the natural interaction with the locals. Whether it be during a dug-out pirogue (canoe) trip to get to a wildlife reserve, or a boat transfer to get to an island lodge.

There are many different ethnic groups in Madagascar. Many governed by differing Fady (superstitions and traditions) which play such an important part of Malagasy life, especially where it concerns death, burial and respect for ancestors.

It is not so much the quantity of bird species on offer in Madagascar. A mere 300 – that attracts keen birders, but rather the fact that nearly half of them, a staggering 109 species, are endemic. This makes Madagascar one of Africa’s top birding hotspots.

Special mention must be made of the giant coua, crested coua and the velvet asity whilst the vangas and the mesites are among the most celebrated of the endemics. The remarkable variation of climate and terrain has led to whole species of mesites each acclimatizing to different areas.

Keen birders should aim to spend time in each of the three main habitat areas:

What often surprises people about Madagascar, especially when comparing it to its smaller neighbours of Mauritius and the Seychelles further to the north, is its scenic diversity.
This shouldn’t be surprising considering it is almost 2000km long from top to bottom.

Madagascar has a stunning wealth of natural beauty from dry spiny forests full of baobab trees in the south and west, to lush eastern rainforests, to wetland areas to high escarpments.
The central highlands reach up to 1800 metres with many national parks starting above 1500 metres in elevation. Contrast this with the tropical beaches of the coast and you have a varied country to enjoy.

Start chatting to us

Madagascar’s beaches are probably one of the most undiscovered secrets of the Indian Ocean. You can choose between Nosy Be or one of the northern islands, Ile Sainte Marie or the southern beaches near Ifaty or Fort Dauphin.

All will offer you miles of unspoilt palm-lined beach, snorkeling and diving and some of the best seafood around. No high rise resort hotels spoiling the landscape here. Only the sight of fishermen plying the trade using traditional dug-out canoes (pirogues). Freshly caught seafood is a drawcard in its own right with oysters, crab and lobster all readily available.

Humpback whales come close to the Madagascar coast from mid June through to October. Whale watching is an enjoyable pastime all the way up southern Africa’s eastern coast from Cape Town through to Zanzibar. The key difference between South Africa and Madagascar however, is the warmth of the Madagascan water and the warmth full stop, especially in the winter months of July and August.

Ile Sainte Marie is associated with whale-watching in particular. During the annual migration, humpback whales can be seen breaching and blowing in the narrow canal that separates the island from the mainland. Even thought they are up to 15m in length and weigh 30 to 45 tons, they comfortably breach the water and so are easily seen from the shore. However the best way to see them is out on the water with a marine specialist, such as on the whale trips offered by the Princess Bora Lodge. Nosy Be is less well known for whales, but they are often seen from dive boats or when visiting Nosy Tanikely.

As with its unique fauna, 80% of Madagascar’s flora is endemic to the island and has over 13,000 plant species. Including all of the world’s eight baobab species (six of which are endemic to Madagascar).

Of particular note are the orchid’s 1000 species, over 75% endemic. The orchids have adapted to every possible habitat including even the dry spiny forests of the south. In fact the majority are to be found in the eastern coastal area.

All around the island you will see impressive palm and fern species. This includes the aptly named traveller’s palm which provides a welcome source of water to weary travelers, huge bird nest ferns and ancient cycads. Also Madagascar is known for its succulents.

There are two carnivorous ‘pitcher plant’ species to be found in the Eastern rainforests. (All other pitcher plants are in south-east Asia.) Its likely they arrived on the island – by boat – along with the first traders from the east. There are also around 300 butterfly species. Two thirds of which are endemic to the island and thousands of moth species including the huge yellow comet moth with a wingspan of up to 25cm!

Madagascar Attractions – What to do now?

Contact Us to start planning your trip to Madagascar

It doesn’t quite make the top 10 of Madagascar attractions, but Madagascar’s chocolate is worth a mention! Madagascar produces some of the best cocoa in the world. That, together with its French colonial influence, has resulting in some excellent chocolatiers. These are worth seeking out in Tana.

This article on Madagascar Attractions was written by Cedarberg Africa

Cedarberg Africa is a specialist tour operator for Southern and East Africa. We focus on upmarket tailormade safaris for discerning and busy people. We make our money on the difference between our trade rates and the rates that are available to you, so that means that effectively all our years of experience and expertise comes free of charge… 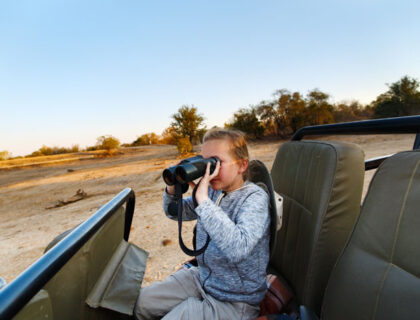 Our top picks for affordable family accommodation in South Africa

When it comes to affordable family-friendly accommodation in South Africa, overseas visitors really are spoilt for choice. The diversity of the country allows for a range of different experiences.... 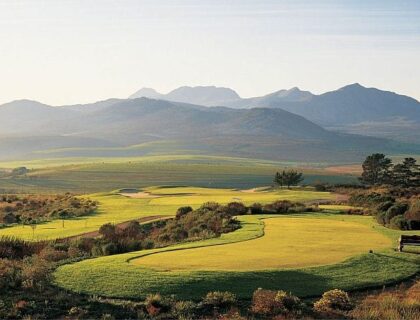 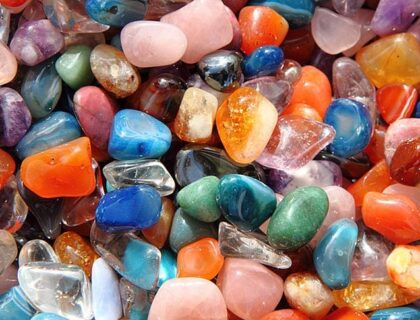 Top 20 Things to do with Kids in Cape Town

It’s coming up to the prime holiday season in Cape Town. So we’ve updated our Top 20 Things to do with Kids in Cape Town. It’s focused a little more on older kids (from 6 upwards) but there...